Successful 2018 financial year for the sink and mixer taps specialist 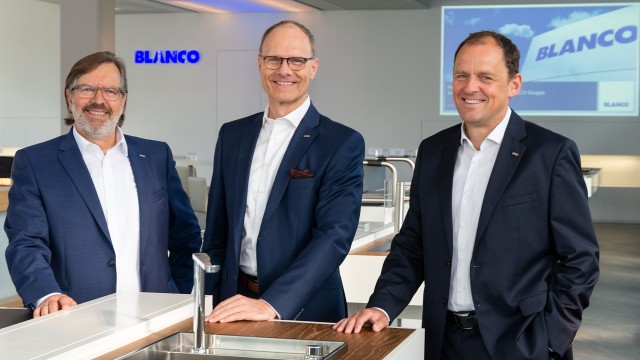 Blanco, the sink and mixer taps specialist, continues to grow. The company, with its headquarters in Oberderdingen in Baden-Württemberg, increased its consolidated sales by 15 million euros to 394 million euros in the 2018 financial year. That corresponds to a growth of 5%. In Germany, the largest single market, the Blanco Group grew by 10 million euros compared to 2017 and generated 137 million euros over the past year (+7.5%). Sales in markets outside Germany increased to 257 million euros, which corresponds to 65% of the total sales. At the same time, international markets developed differently. Above all, many European regions and Asia recorded above-average growth rates. "Once again, 2018 was a successful year. We were able to increase our sales both nationally and in many international regions, partly against the market trend", summarises CEO Frank Gfrörer on the occasion of the annual press conference.

Water features in the kitchen: multifunctional and smart
"In particular, our Silgranit sinks significantly contributed to sales growth. They inspire our customers worldwide thanks to superb material properties, clever features and contemporary designs", explains Gfrörer. Blanco has continued to fortify its leading role in the field of granite sinks on the global market. For example, lines such as Etagon, which is available in Silgranit PuraDur, stainless steel and ceramic, contributed to growth: With its integrated step and the ability to efficiently create a third functional level in a single bowl, it is one of the bestsellers.

The product areas of kitchen mixer taps and accessories also recorded above-average growth. "The future is multifunctional and smart", notes Gfrörer. With a new generation of kitchen mixer taps that offer their users a significant increase in convenience – such as precise measuring cup function, filtered drinking water or contactless operation, thanks to the use of sensors – Blanco heralded in the era of its Smart mixer taps. The premium manufacturer also places great importance on a trend-setting service, which is constantly being developed – in sales, in logistics as well as in technical customer service. With new services such as the installation service for Smart mixer taps or the measurement and installation service, including training for individually planned SteelArt stainless steel work surfaces, Blanco offers its trading partners solution-oriented know-how transfer and competent customer support on site.

Blanco is also exploring new horizons in communications. For example, the company carried out a digital brand campaign for the first time in 2018. As a result, it made it possible to sensitise consumers at an early stage to the topic of sinks and mixer taps, thereby promoting targeted demand for Blanco products in the retail trade.

Investments in production capacities of Silgranit sinks
Blanco is committed to further growth and invested 18.9 million euros last year. The international share will be much higher in 2018 due to the new site for Silgranit sinks in the Czech Republic, which is currently under construction. Important investments were also made in the expansion of plant technologies in the lead factory for Silgranit in Sinsheim. In addition, numerous manufacturing processes were designed more efficiently in the stainless steel competence centre in Sulzfeld. In the European logistics centre in Bruchsal, the consolidation was supplemented by cutting-edge conveyor technology in favour of even better performance in the future.

Frank Gfrörer expects moderate growth for the current year. External factors could certainly have a dampening effect on the economy, such as trade conflicts or the Brexit issue, the Blanco CEO admitted. But let's assume a stable consumer climate in Germany and the international regions. Overall, however, volatile markets and very different developments are still to be expected.

"Our focus continues to be on the consumer – worldwide. Therefore, we will consistently orient ourselves to the needs of consumers in the relevant markets, offering them orientation as early as possible in a very early phase of the planned kitchen purchase. Similarly, we will do our utmost to provide the trade with high-quality, well thought-out products, holistic systems for sinks, mixer taps and waste separation, as well as a reliable service, in order to provide the best possible support for sales", emphasises Frank Gfrörer.

With 1,500 employees, including 1,100 at German sites, Blanco also wants to implement its ambitious growth targets in 2019. The sink and mixer taps specialist is one of the best employers in Germany, as confirmed by the latest analysis of the news magazine Focus. A high level of employee orientation and an appreciative approach are acknowledged by the employees as well as the attractive working environment and the opportunity to take on responsible tasks early on.

BLANCO, with its headquarters in Oberderdingen (Baden-Württemberg), is one of the leading manufacturers of high-quality sinks and kitchen mixer taps. The largest German sink manufacturer has also been a kitchen mixer tap market in Germany for many years. The range also offers waste systems and accessories for the sink. The company manufactures its sinks in all three market-relevant materials, that is stainless steel, its patented composite material Silgranit as well as ceramics.
The Blanco Group employs a total of 1,500 people, including 1,100 in Germany. The Group has numerous subsidiaries in Germany and abroad, especially in Europe, North America and Asia. In 2018 Blanco achieved a consolidated annual turnover of 394 million euros. Most of the production takes place at the sites in Sulzfeld and Sinsheim near the company headquarters, as well as in Toronto and Istanbul. The European logistics centre is located in Bruchsal.

Today, the company that was founded in 1925 by Heinrich Blanc predominantly belongs to the Blanc & Fischer family holding company.

Blanco enforces a value-oriented corporate culture and has already received several awards as an employer. 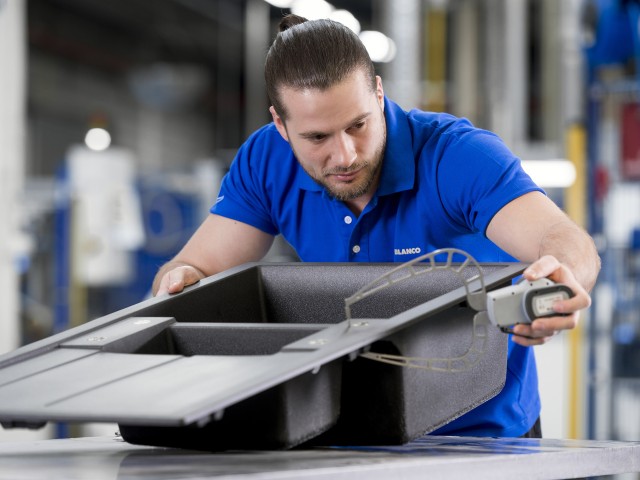 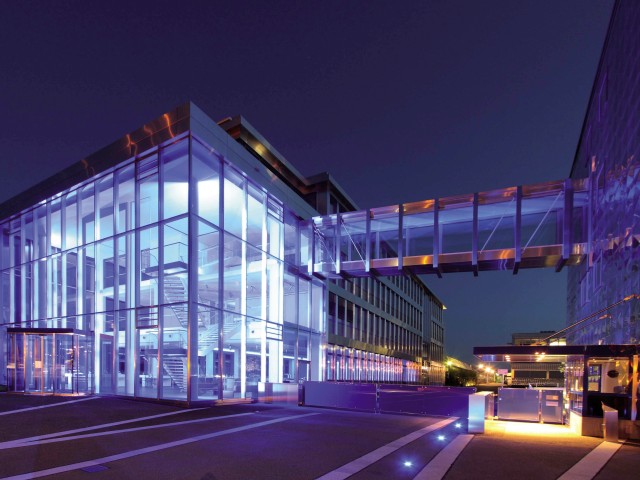 The Blanco headquarters in Oberderdingen, Baden-Württemberg, where the company was founded in 1925 by Heinrich Blanc. 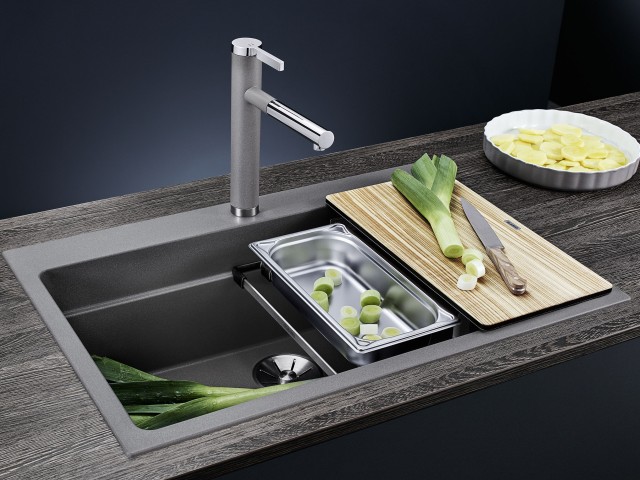 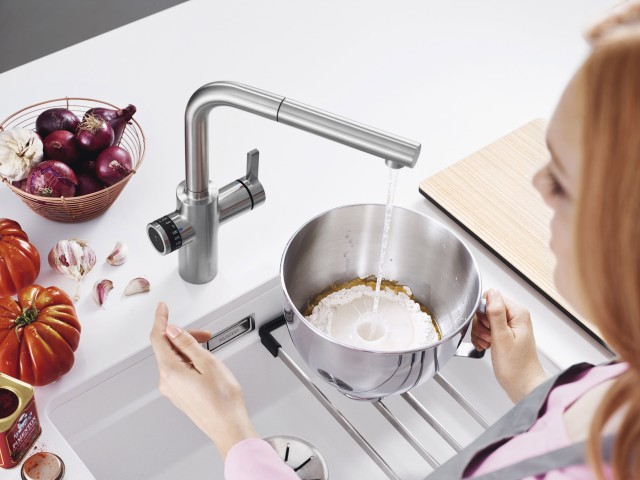 Bespoke water: With kitchen mixer taps such as Evol-S Volume, Blanco heralded the era of Smart mixer taps. With Evol-S Volume, the desired amount of water can be accurately set with an additional rotary control.

Would you like all the latest information about BLANCO and our products?
Further press releases can be found in our overview.

All the latest news
close