All SILGRANIT sinks and a select range of mixer taps from BLANCO are now making a splash with a shade that opens up a whole new array of possibilities in kitchen design: BLANCO is now adding a black with a captivating depth of colour to its diverse SILGRANIT spectrum of CombiColours. To create this black, the colour expert has developed a completely new process that guarantees a pure, deep black with a lastingly elegant vibe. With its new black surface, the entire SILGRANIT product range thus opens up new realm of creativity in kitchen design. 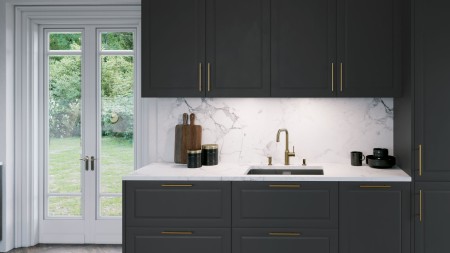 Due to its strong personality, SILGRANIT black is a real showstopper and an eye-catching feature. It is also a real team player, working beautifully with all worktops, base cabinets and other kitchen elements. Depending on your taste, it can be matched to elements of the same colour for a harmonious look, or paired with pale kitchen fittings for a spectacular high-contrast effect. 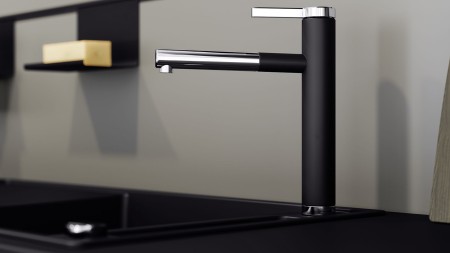 This makes it an absolute breeze to achieve any design effect you fancy: SILGRANIT sinks and bowls in black can express your own interior style as a single element, or create a sense of elegant perfection in combination with a matching black SILGRANIT-look mixer tap.

Thanks to its restful depth, the new black from BLANCO leaves plenty of scope for creating a unique overall impression by combining it with chairs, tables, vases, lighting, pictures and more. Colourful accessories also look particularly striking. Whatever you choose, SILGRANIT black is testament to BLANCO’s unique colour expertise, which allows you to create strong accents – or an impressive overall look. 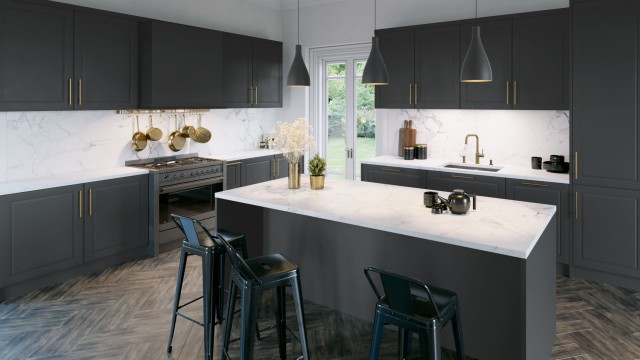 With SILGRANIT anthracite, BLANCO offers a captivating CombiColour that captures the exciting, vivid surface of granite worktops and reflects the look to perfection. But for those cases in which an unusual kitchen design calls for darker, more restrained elements, the colour expert has brought a new nuance into play: SILGRANIT black is the ideal shade for anyone keen on a bold contrast – or who wants to use an understated colour palette to achieve a certain visual effect.

With its quiet elegance and calm, restful depth, black from BLANCO achieves two impressive effects: worktops made of white marble or quartz create an intense contrast with mixer taps and sinks in SILGRANIT black, invariably introducing tasteful accents that prove to be eye-catching features. They are a striking expression of strong personality, adeptly showcasing a sense of individuality.

Mixer taps and sinks in the new SILGRANIT black nestle perfectly into dark worktops, so that they exert even more of a mysterious pull. Restrained style has never looked so stylish or effortless as its does here. SILGRANIT black thus opens up amazing new design options for kitchens. And then there’s the fact that it goes perfectly with the velvety-smooth SILGRANIT material, with its fine-pored surface, which feels wonderful to the touch. 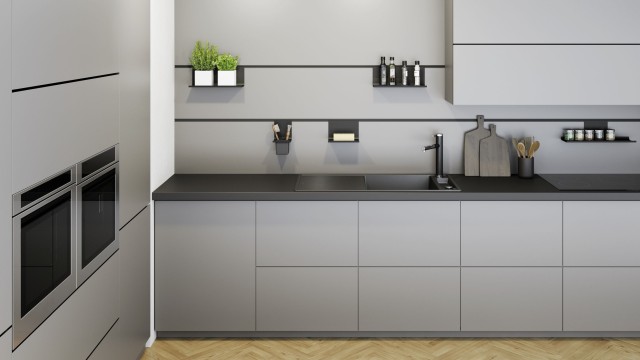 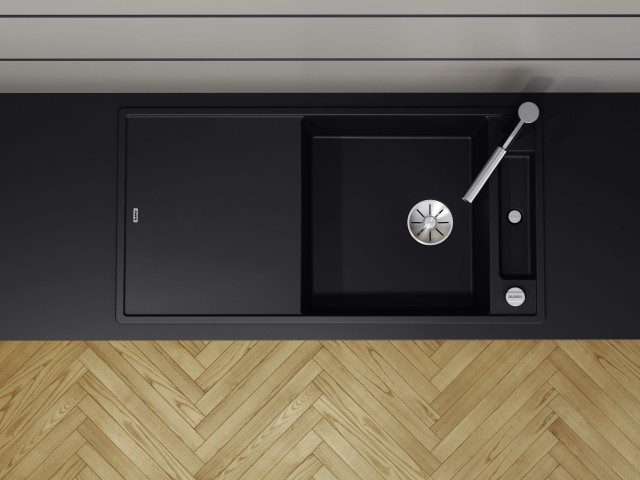 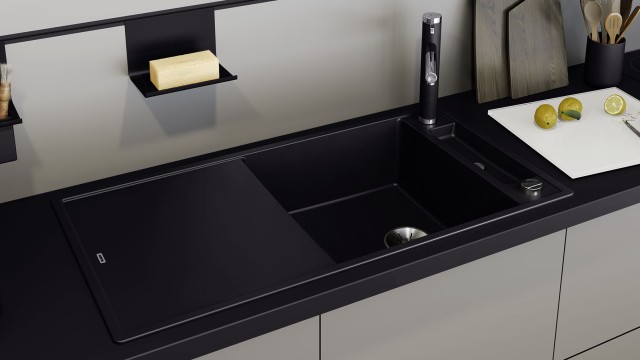 Deep black with the exclusive benefits of SILGRANIT

SILGRANIT black is “the sought-after black for the kitchen”, which comes with all the benefits of the incomparable SILGRANIT material from BLANCO: extremely scratch-resistant, heatproof and acid- and fracture-resistant. This keeps BLANCO’s graceful black lastingly impeccable, despite daily kitchen use. What’s more, the premium manufacturer has consistently developed the composition of SILGRANIT.

Do you want to learn more about sinks in SILGRANIT? See here for a lot more things worth knowing about our Silgranit sinks. 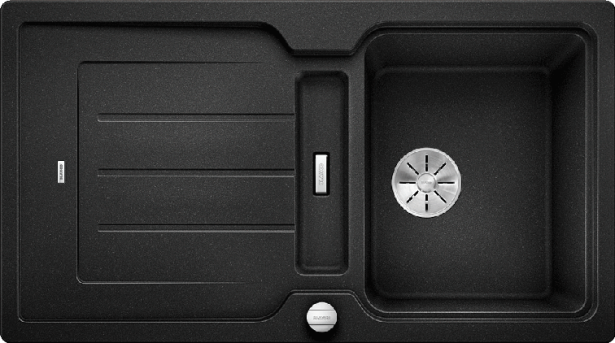 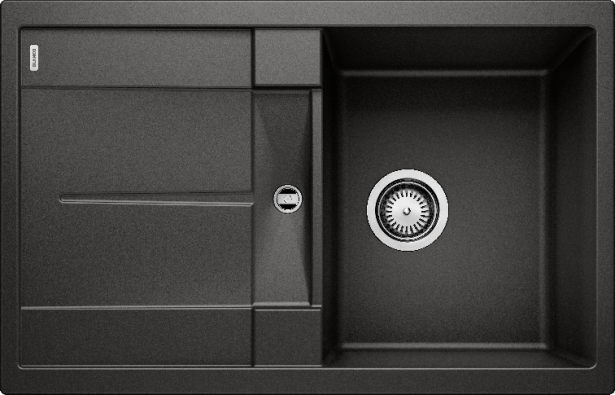