Here’s how industrial style works in the kitchen

Big cities are all about the urban atmosphere: their image is shaped by wide streets, lots of concrete, glass facades and functional design. Industrial culture is firmly rooted in this image. As a result, it soon found its way into interior design. If you fancy tapping into this urban feel today, then opt for industrial style as your interior look. You’ll find inspiration for creating a functional industrial-look design for your home and kitchen here.

The basic idea behind the industrial look is exposing structures

Industrial style seeks to combine as many functions as possible in one room. In lofts, areas for living, sleeping, cooking and eating are merged together, while the conventional interior layout is broken up. Kitchens typically comprise an island in the middle of the living space. Right next to it is the large dining table, staged by spotlights or industrial lighting. The materials used for the flooring and walls take centre stage in the industrial style. Floors tend to be unpainted concrete or old, unpolished tiles. Walls are usually left in their original state. As a result, the untreated wall shows through in places, or the plaster gives the wall a rough texture. Such imperfection is coveted, as it gives the space its character. This means that lavish decoration and accessories are not required, as they would detract from the effect of the space.

Secret tip: Our Silgranit sinks in black set great accents in the industrial style. If that's too much for you, you can also try a Silgranit sink in alu metallic, rock gray or anthracite. 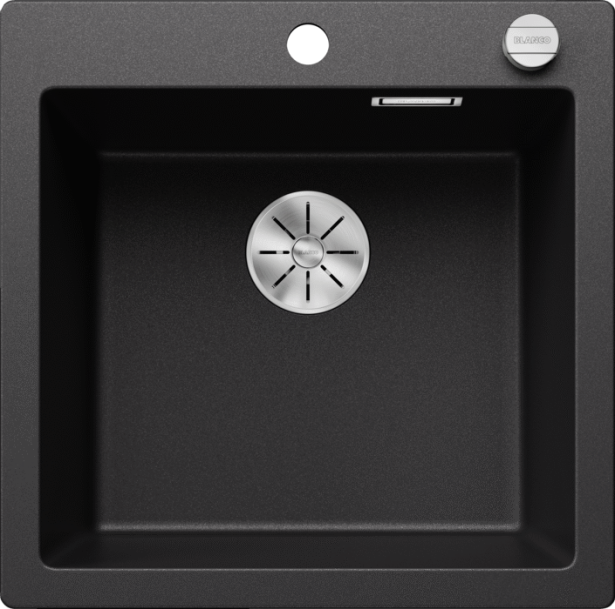 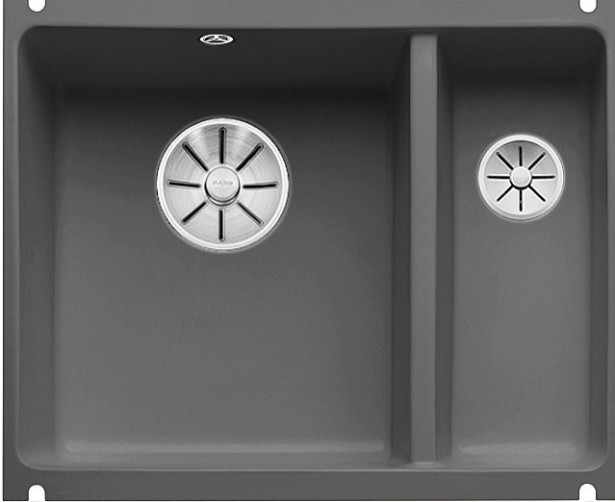 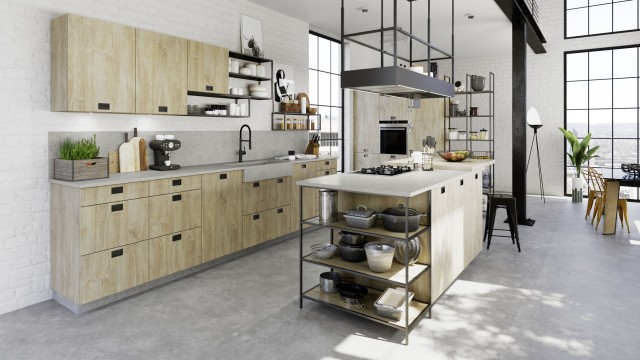 Here are some tips for introducing industrial style to your home.

Which colours fit into an industrial style kitchen:

Another advantage of the industrial style is laborious decorating and positioning accessories isn’t necessary, saving you time. After all, if something isn’t needed, you simply leave it out. In this respect, the industrial look is also a highly sustainable style of living.