Why? In the past, there was only one water pipe. For cold water. If you wanted warm water, you needed a boiler, a hot water storage tank. You’re bound to have seen pictures of old bathrooms and kitchens with a huge tub enthroned above the bathtub or sink bowl. Fortunately, those days are over. Hot water heaters and boilers are much smaller nowadays. And less obtrusive. In the kitchen, they are generally found underneath the sink.

The problem is that low-pressure water heaters function without pressure. The pressure from the water pipe is three to six bars too high, and could cause an ear-shattering explosion in the appliance. What can be done? 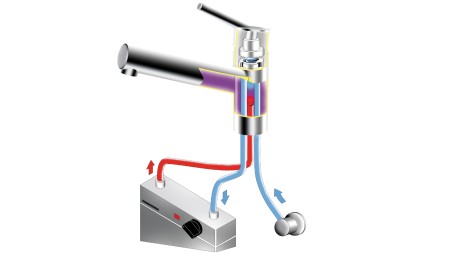 Drip. Drip. Drip. As the water in the boiler heats up, it expands. It needs space and looks for ways of getting rid of the increased pressure. It drips out of the mixer tap. Drip. All perfectly normal. As long as it only drips for a little while, and the amount of water remains minimal. 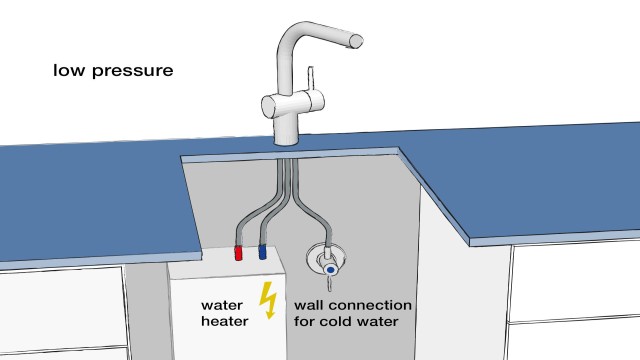 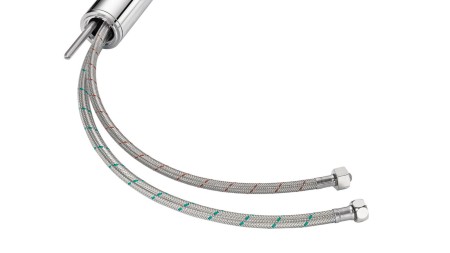 Water gushing from the pipe at high pressure

You should only connect a high-pressure mixer tap if there are two water pipes coming out of the wall. You connect the mixer tap by joining the two hoses for cold and hot water directly up with the water pipes using a wall angle valve. Your heating or central hot water system will warm the water. It then comes out of the pipe at full steam and high pressure. 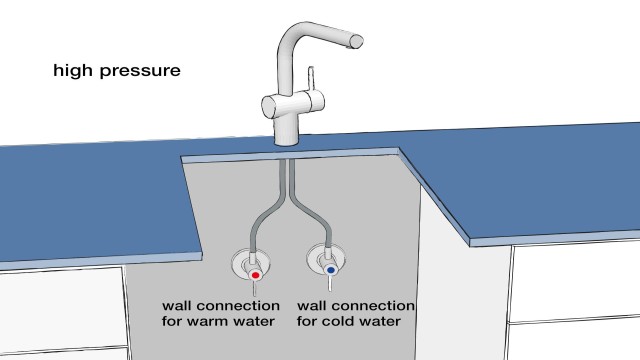 Why are there different kinds of mixer taps?

Water is warmed up via the heating system

The water in your apartment or house may be heated in different ways. Whether you need a low-pressure or high-pressure mixer tap depends on the water connection.